WordPress vs. Drupal: The Clash Of The Titans

It’s time for another match on this boxing ring! This time, we’ll clash WordPress vs. Drupal to see which one of these CMSs will be the last one standing. Let’s check their customization options, general intuitiveness of both solutions, available add-ons and themes, the migration process, and, most importantly – which one gives you more bang for your buck.

Drupal may seem like a real beast when compared to WordPress. You may even feel tempted to say that WordPress is a playground for kids to play in, and Drupal a place where adults do the actual business. Don’t be fooled! Drupal is magnificent but also demanding. On the other hand, WordPress allows for great customization with less knowledge. So which one should you choose?

Both WordPress and Drupal are open-source, self-hosting technologies that are free to use and come with a giant selection of plugins and modules. They’re excellent tools to build many different websites but come with extremely different learning curves. Why? The reason behind this contrast derives from the initial target of both CMSs.

While WordPress was initially a blogging platform for non-tech people, Drupal was designed by web developers with precisely the same position in mind. That’s why it includes more advanced options, created for people with a broad knowledge base and a certain level of development skills. Drupal supports large volumes of content and easily handles gigantic, complex projects.

When it comes to market share, WordPress powers over 35% of all websites, with steady, quick growth over the past decade. In the meantime, Drupal was used to build around 2.6% of the sites and shows a small decline in its market share over the last year.

We never hardly ever joke about money, as the budget is one of the most critical factors of the project. It can actually make or break it!

You’ll be lucky to hear that both Drupal and WordPress are free to download and install. However, their actual cost may not be as cheap anymore. They’re both self-hosting platforms, so the server cost is somewhat a given, but what varies is the cost of custom development.

WordPress and Drupal users can customize their theme in many ways, either by doing the work themselves or hiring a third-party provider to build a unique product that’s tailored to their client’s needs. Yet, if you look at the price range of a WordPress developer and a Drupal professional, you may be quite shocked.

Of course, the cost of custom development will largely depend on the scope of work and the region you’ll hire in. This is true both for WordPress and Drupal development. But the starting point for both of them will be different, as there are way less Drupal developers than WordPress ones. And, since Drupal requires more insight, the price will be affected by that factor as well. However, Drupal has recently incorporated other, more popular frameworks, like Symfony, so it’s now easier to pick up this CMS by PHP developers. Hopefully, this will reduce development costs.

Still, WordPress is significantly more affordable than Drupal, while not compromising on the code’s quality, the full range of possibilities and features.

Do It Yourself & Save Bucks

Good news for those who prefer to save up big time – you don’t have to hire a WordPress developer if you’re after a minimal website with basic features. And you don’t have to learn that much – or rack up that much money – to establish a website yourself! Buying a domain, a hosting provider, and a security plan will sum up to a relatively small amount – and if you splurge on a premium theme, the bill probably won’t knock you off your feet either.

Meanwhile, Drupal’s complexity makes DIY projects very risky. Basically, every step you take requires professional assistance. A Drupal expert will help you configure and properly deploy all the features to your website, but will also stick around for updates or scaling your product up. Frankly speaking, you’ll probably have them on speed dial after the first couple of days.

Curious to see how WordPress and Drupal compare in terms of intuitive navigation and no-fuss management? Well, this is where the roads split!

WordPress, with its blogging origins, is a user-friendly space where non-developers can create websites with or without professional help. The CMS’s library is full of third-party themes and plugins that minimize the need for custom development – at least initially. The massive worldwide community created around the product makes it very easy to find support and custom development providers. The Web is full of WordPress tutorials and walkthroughs, so the only thing you need to tackle this topic is the can-do mindset.

This tool requires way less knowledge of web development and is easier to understand. Setting up a basic website won’t take long. The WYSIWYG editor, drag-and-drop interface, and Gutenberg tool are convenient ways to create a unique, contemporary, and user-friendly website even if you’re a total newbie.

If you decide to splurge on a custom solution, its future management will be easy to handle without professional help.

It’s no secret that Drupal isn’t the most accessible tool to use – but its complexity is only due to the number of advanced features it has. Once you get your mind around them, your possibilities are much broader than with WordPress.

One of Drupal’s most significant advantages is supporting more user roles than WordPress, including site admins and content editors, as well as individual access to private content. With this tool, you can have multiple stakeholders accessing your website, each of them equipped with different permissions.

Still, Drupal’s learning curve is pretty high and requires a lot of effort to learn the basics. Time-wise, it’s probably more efficient to hire a professional instead.

Suppose you decide to accept the challenge and learn Drupal yourself – kudos! You’re in for a big adventure. Luckily, Drupal’s user community is also active and eager to help and provide documentation. The newest release from the core team, Drupal 9, is another step towards an easier, more intuitive platform dedicated to non-developers.

It’s time for what really makes this ride worth it: plugins (modules) and themes. They add the most flavor to both CMSs, with thousands of different features and visuals to choose from. But be warned: the difference in the number of add-ons is the key here.

The mere number of add-ons available for each system shouldn’t determine the outcome of the WordPress vs. Drupal match, but it’s worth mentioning anyway. It shows how big they both are and how much they rely on third-party products.

Some say that plugins are WordPress’s genuine power. They let you add multiple functionalities to your website and scale it up over time, turning a dull page into a mighty monster. An enormous library of themes, both free (5,000+) and paid, opens the gate to breathtaking design you can easily customize with a WYSIWYG interface.

Many people choose WordPress simply because it’s not as demanding as other CMSs. The plugins and themes are easily available and customizable, and installing them isn’t exactly rocket science. As I said above, the WordPress community is extremely supportive and produces hundreds of tutorials and walkthroughs to deploy, update, and customize the features.

Plus, if you find yourself in need of professional help, getting a WordPress developer will be easier and cheaper than hiring their Drupal counterpart.

Drupal’s modules, the equivalent of plugins, come to a total of over 39,000 different products. However, only 9,000 of them work with Drupal 8, the penultimate version of the CMS, and less than 3,500 are compatible with the newest Drupal 9. As I’ve mentioned above, Drupal’s complexity isn’t really newbie-friendly, and it’s best to trust all the updates and add-on installs in the hands of an experienced developer.

As for themes, there’s slightly over 500 of them available for Drupal 8, however, it’s key to point out that Drupal was primarily designed for custom development and that’s where it’s true potential really shines. What’s more, getting a premium Drupal theme isn’t recommended, as it’s something Drupal wasn’t designed to do.

What does that mean for an entrepreneur? You’ll most likely need a developer to get something to work and to make it look nice. Installing and updating a module will also require professional assistance.

This segment is going to be super short – luckily, both WordPress and Drupal are fairly easy to migrate to a different platform. If you ever decide to step away from your current CMS and try something different, going through this process shouldn’t be a hassle.

WordPress vs. Drupal: Which One Should I Choose?

It’s time for the final whistle! Once again, this match won’t result in a knockout, as there’s no ultimate answer to which CMS is better than the other. Your decision should be based on your needs (current and future), your budget, and your approach to partnering with a developer.

If we were to sum up all this and quickly compare WordPress vs. Drupal, it’s clear that:

WordPress vs. Drupal: Which Gives You More Bang For Your Buck?

Overall, Drupal is designed for complex, robust projects from the top end of the market. In the right hands, it’s a powerful, flexible tool for handling large volumes of content. Still, it requires a lot of effort and a large budget.

WordPress, on the other hand, supports a whole range of businesses and websites. Giants like The New Yorker, BBC America, Beyonce, and many more use it to build their online presence. It’s an approachable way of building a website within a day or two. While a basic product is easy to deploy with no technical knowledge, you’ll find it equally simple to find affordable help of a professional developer.

Curious to see our other CMSs comparison? Check out the WordPress vs. Wix battle! 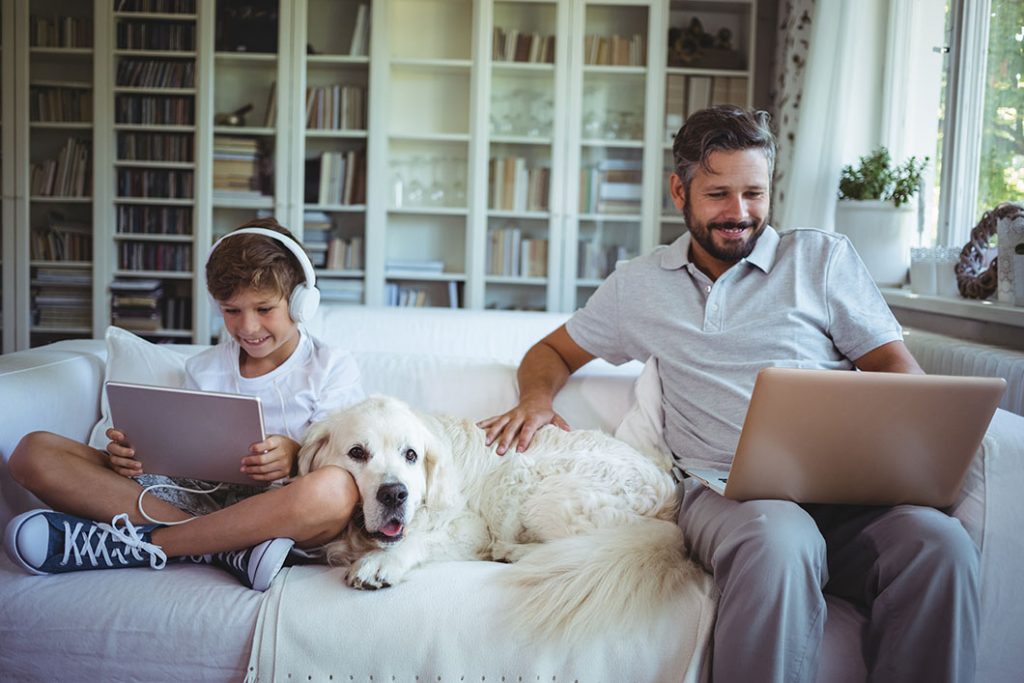 A/B Testing: You’ll Never Have To Guess The Outcomes

If you ever wondered if your users will like a blue button more than a green one, this one’s for you. 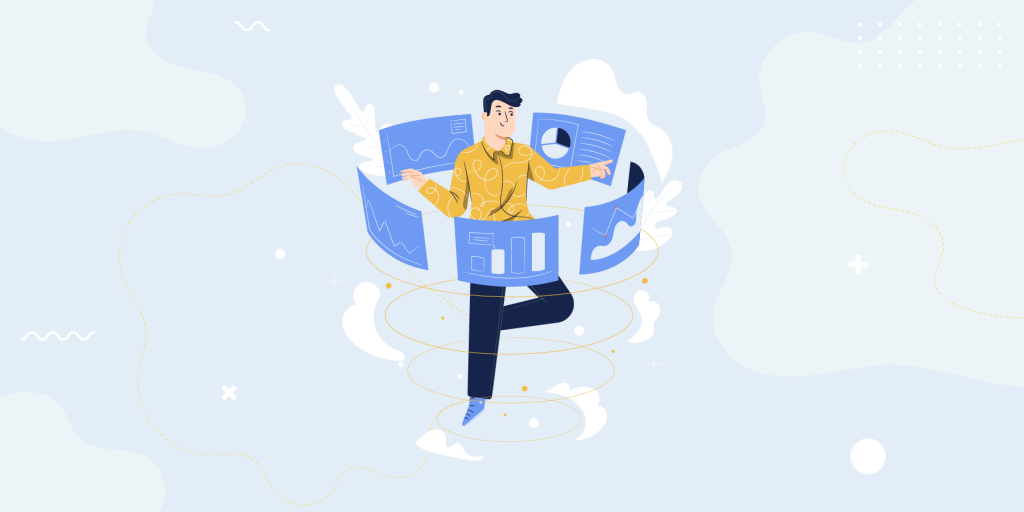 All the details you need to know before updating your website.